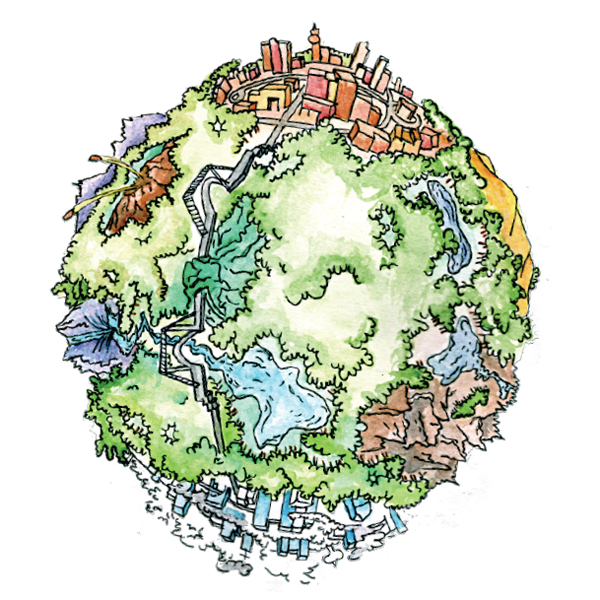 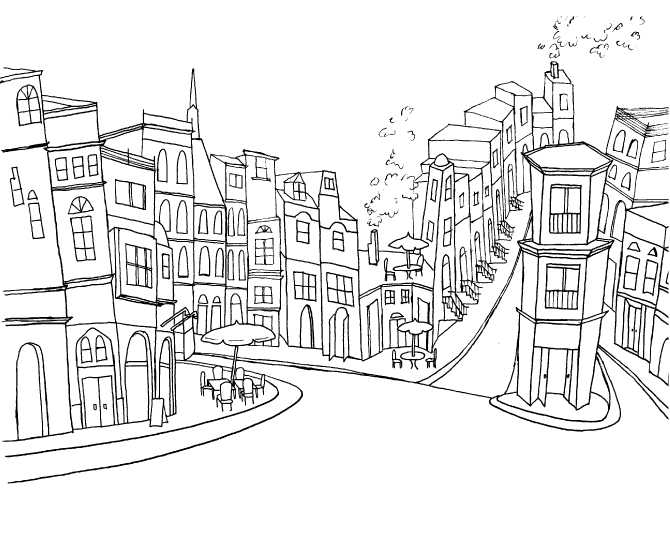 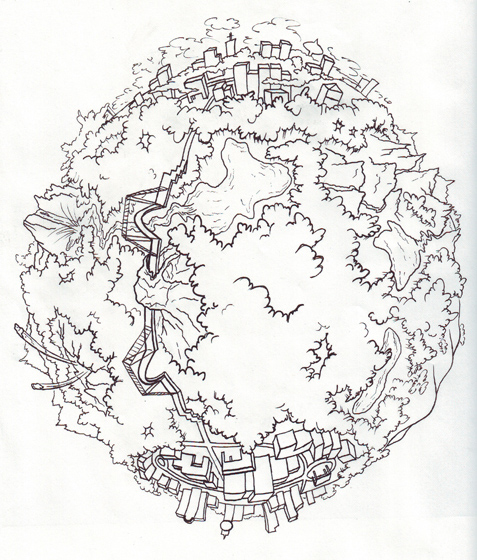 The magnificent Tripp & Jenna asked for some background environments for a web-cartoon pitch called “Alien Punks.”  The Watts asked for a city with a bohemian, early-1900s Paris feel complete with crooked buildings, cobblestone streets, and cafes. For the planet, they requested a small world of lush vegetation with two cities on either end connected by a giant bridge. After drawing and inking, Jenna added her touch of watercolor to really capture the desired cartoon look. Hope this series comes to fruition someday, because it sounded hilarious.